The introduction of the nidirect digital platform has transformed the provision of Northern Ireland’s public services. Director of Digital Shared Services for the Northern Ireland Civil Service, Caron Alexander speaks to agendaNi about the process of this transformation and the progress still to be made.

This is not about money saving; it is about making citizen services better,” Caron Alexander says. “No doubt there are other benefits that will accrue, and everything we do has been grounded in strategy. That’s very important because you need to know what it is you’re trying to do. You need to have done your research, to have asked the people that fund government. You need to know your objectives and exactly what problem you’re trying to solve.”

The people-centric approach is one that Alexander ensures to emphasise. “It’s very important to have a government in place due to the need for top level support in this line of work. In the absence of government ministers, we have top level officials, who you need buy in from. This change has to be to be driven from the top.” 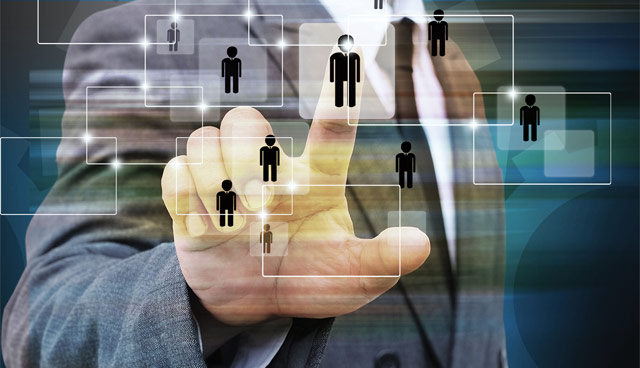 Perversely, is it possibly a case of the absence of Stormont allowing for the provision of services putting the citizen rather than political ambitions first? Alexander says that services cannot be made to fit the needs of those governing, but have to be made to help those who avail of them. “It’s not about designing systems and services around our policies.

“This is about changing the culture of the internal organisation but also about changing the culture and behaviours of our citizens. How do we do that? What we need to start thinking about is the people those services are for and designing our services for those individuals is not about our policies. It’s not about sticking a nice front end on your service because it’s still clunky at the back end. A trap a lot of people fall into is keeping the government service in the background the same as it ever was. The reality is you need to redesign the service and the end, cross the organisational boundaries, work with the silos and try to get them working together.

“A principle we had in our programme of work was to stop replacing computer systems. It’s easy to get caught up when your system is about to terminate and get a new one in to replace what you had because it does an okay job. Okay isn’t good enough. This is about transforming your services around the end user. By crossing those organisational boundaries, you keep the citizen at the heart of your design and don’t leave anybody behind. We have to design our services as accessible to anybody from anywhere. We have drawn up a digital first approach which means we will try and drive people to an online experience, but if you can’t do that, we’re going to try our best to develop ways to provide you with that experience.”

The goal of wrapping services around what citizens want requires the gathering of information, which in turn requires communication and the trust levels that would make such communication worthwhile. Alexander is aware that not everybody is trusting of government services: “We really need to involve our users in our service design. If you’re not asking your citizen what it is that they want, how they want to transact with government, and what their objective with using it is, they’re not going to use it. You need to involve them and design the service around them. It has to be as easy to use as any of the other things people do in their daily lives.

A principle we had in our programme of work was to stop replacing computer systems. It’s easy to get caught up when your system is about to terminate and get a new one in to replace what you had because it does an okay job. Okay isn’t good enough. This is about transforming your services around the end user. By crossing those organisational boundaries, you keep the citizen at the heart of your design and don’t leave anybody behind.

“You can trust us, we’re not going to hand your data out to companies to cold call you. We want you to feel safe and secure in a trusted environment. As a government, we want to be open with information. We don’t own data, basically we look after the data of the citizen; it’s not ours to hold. We want to have that data open and available where it’s not sensitive and we’re making good progress on that front.”

The approach of Alexander and her colleagues has been rewarded. nidirect is now the biggest government web presence in Northern Ireland. “nidirect has been in the making for many years now, it is the one stop shop for Northern Ireland Government, the place for citizens to go and find out what we do and to transact with us. There are 1.8 million people in Northern Ireland, that web presence has around 30 million visits a year,” she says. These figures, Alexander says, “prove that we are doing the right things because people are coming to it and using it”.

“We don’t want to leave people behind but we also need to drive in a certain direction. We want people to feel empowered and be self-sufficient when interacting with government in the digital world. We’re designing ways in which people who aren’t fluent with the internet can come in and transact with the government and have that digital experience. We also have an effective contact centre, which is about how citizens engage with us, it’s not just the telephone anymore. We’re doing exciting work with the portal and are designing around the devices that people use today.”

This outreach to those who would traditionally be thought of as offline people has been essential in a region so reliant on agriculture, a sector made up of people who would be traditionally thought of a being offline in the majority. “Over the last five years we have had our farm grant applications online. The impression is that farmers aren’t a group who would be online but 99 per cent of applications are done online.” Alexander says before going on to list some of the other government services through nidirect.

“You can get your fishing license online now and there are guys out on the riverbanks now doing mobile enforcement. You can book your doctor’s appointments, view family history details, landlord registration and apply for school transport. Recently, we’ve put driving license applications online as well as pre-school and primary school enrolment. Legal aid applications have also moved online. It’s amazing how you can drive people to behave in a different way if you give them what they need,” she says. 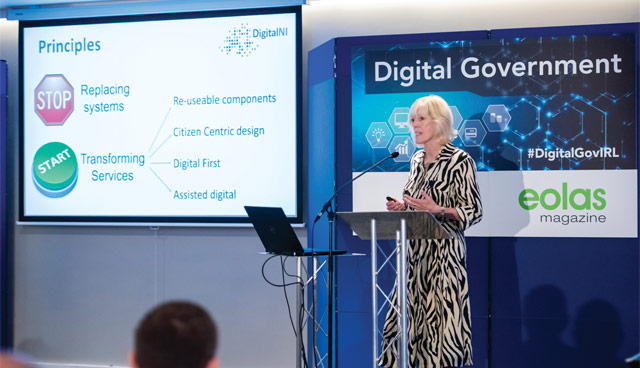 Through nidirect, Alexander says that the Government has saved over £100 million. “We had a goal when we started out, based around the number of services we wanted to totally transform and the number of transactions we wanted to see passing through government services in a digital way. We have got 40 transformed services that have garnered 22 million transactions that have saved a minimum of £106 million,” she explains.

“I have to stress that that’s a minimum because we’re basing that cost on an industry average figure for digital transactions versus manual transactions.”

Where the platform goes next is toward further personalisation of the user’s experience, as Alexander explains: “We’re designing something called MyDirect. This will be your personal portal where you can log in and authenticate yourself and you’ll get your dashboard. You can set up your preferences, what you want to see and change your details if you need to do so. You can see your secure messages, for example an appointment notification or test results. Also, documents, for example fishing permit or exam certificates, so there won’t be a need to print anything out. We have just initiated that tender process and are hoping to get some interesting bids back from industry.”

Then there is also MyNI, what Alexander calls a “government social web platform”, which sees the civil service dabbling in targeted actions. “nidirect is about inbound traffic; it’s where citizens go. MyNI is about targeting groups of people in a way that is trying to change their behaviour using neuroscience and other techniques to try and nudge them to take an action that you want them to take. We’ve already seen very good results and now it’s about really exploiting the potential of it within Northern Ireland Government and trying to work on more cross-cutting campaigns.”

Summing up the digital transformation, Alexander says: “I think it’s been really successful, by no means is it finished. We’re on a journey, but it has only worked so well so far because we’ve worked together. We have stopped working in silos. We couldn’t have done this without the support of industry partners, and I think it needs to be recognised that you can’t do it all alone. You need external support; working in partnership is the best way to do that because it creates success all around. I’m very excited about where we’re going, there is still so much that we can do,” she concludes.