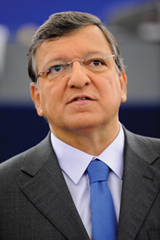 European Commission President José Manuel Barroso used his third state of the union speech to call for a federation of nation-states as an alternative to leaving the defence of nations to “nationalists and populists”. The speech was condemned by Northern Ireland’s MEPs.

Events during the financial crisis, he said, have revealed the true “political crisis of confidence” in Europe. National governments’ lack of power to respond has undermined the “trust of citizens in political decision-making” and is “fuelling populism and extremism in Europe and elsewhere”.

“A deep and genuine economic and monetary union, a political union with a coherent foreign and defence policy,” he told MEPs, “means ultimately that the present European Union must evolve.” He added: “Today, I call for a federation of nation states. Not a super-state.”

Before the 2014 European Parliament elections, the Commission will bring forward proposals for treaty change “in time for a true European debate”. He pointed out that the debate was not just for euro area countries. “No-one will be forced to come along and no-one will be forced to stay out but the speed will not be dictated by the slowest or the most reluctant,” he declared.

DUP MEP Diane Dodds rejected the call for more EU powers: “Westminster must remain our sovereign parliament and we want to see more powers revert back to our national parliament rather than see more ceded to Brussels.”

Sinn Féin’s Martina Anderson responded that “if something doesn’t work, then you don’t carry on doing it and expect it to work the next time.” Her party would promote an EU “which genuinely serves the interests of its peoples.”

Jim Nicholson said: “The solution to every problem coming from the Commission is ‘more Europe’ rather than ‘better Europe’”. The UUP MEP said that this has not worked “and is only serving to harm the recovery of the euro zone and of the wider world economy in these difficult times.” He urged the Commission to refocus on “realistic economic policies” rather than ideologically-driven ones.

Justice Commissioner Viviane Reding has welcomed the European Parliament’s backing for the new Victims’ Directive, which sets out minimum rights for victims of crime. The legislation was approved in a first reading by 611-9 (with 13 abstentions) and is expected to be adopted by the Council of the European Union in October.

The Directive will ensure that police, prosecutors and judges are adequately trained to deal with victims and that victims can receive understandable information on their case and rights. Those who have experienced crime will be able to participate in court proceedings if they want and be helped to attend trials. Member states, which will have three years to transpose it, must also provide basic standards of victim protection during investigations and court proceedings.

“Every year, an estimated 15 per cent of Europeans or 75 million people in the European Union fall victim to a crime,” said Reding. Victims “can be confident of getting help and support whether they are at home or on holiday, in Rome, London or Berlin.”

The European Commission has released details of the 2011 budget and spending. €56 billion of the €126.5 billion budget was devoted to agriculture and rural areas (with the UK the sixth biggest beneficiary), while €42.4 billion went on structural funds. €11.5 billion was allocated for growth and employment measures.

€6.9 billion (six per cent) was spent on activities beyond the EU borders (i.e. for peace and stability), with the same percentage spent on financing the EU institutions.