The Department for the Economy recently published evidence held by the Northern Ireland Civil Service on the potential impacts of sterling depreciation under a no deal outcome.

The unique structure of Northern Ireland’s import/export market, including all-island trade means that the region does not always follow recognised pattern of the weak pound being positive for exporters and negative for importers. A large portion of exporters in Northern Ireland (55 per cent) are also importers and so differentiating the acute impact becomes more difficult. So, whether exporters would see a benefit from sterling’s depreciation would depend on the increased cost of imports and how large this activity is and the balance of their sales.

The agriculture sector has previously been recognisable benefactors of sterling depreciation given that producer prices and direct payments have increased in the past, however, it’s expected that future falls in sterling will not be carried through to farmers in 2019. Added to this, the additional costs of tariffs and non-tariff barriers from a no deal outcome will more than consume any benefit from higher producer prices.

Key to the Northern Ireland economy is consumer spending to the point where it is recognised that Northern Ireland’s dependence on consumer spending for economic growth is over-reliant. Depreciation of the value of sterling would undoubtedly see household goods imports become more expensive and drive inflation. Northern Ireland is more susceptible to inflation in comparison to the rest of the UK given that it tends to spend more on food, clothing and fuel (high import share product groups).

Tourism and cross-border shopping have traditionally increased when sterling is weaker, however, again this will be dependent on the Brexit outcome. A hard exit could lead to a rapid fall in the attractiveness of Northern Ireland to the UK market. As well, import tariffs could offset any value for the consumer and customs and VAT requirements when crossing the border will be imposed.

UK tourists are not the only group that are likely to see Northern Ireland as less attractive if sterling depreciates. Migrant workers, on whom Northern Ireland have relied on to drive employment rates in recent years would be less inclined to continue filling the vacancies and skills shortages in the current labour market. Already fewer EU workers are working in Northern Ireland since Brexit uncertainty arose and a decrease in sterling would further compound this situation.

The report by the Department stated: “Although generally stable in recent decades, inflation is a traditional enemy of macroeconomic stability. For the economy as a whole, the risk of increasing inflation and dampening consumer spending means that depreciation of sterling is likely to be a further risk to the Northern Ireland economy of a no deal exit.” 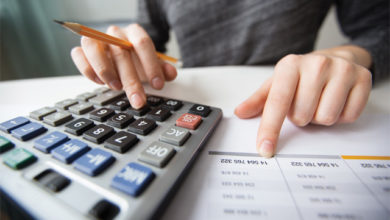