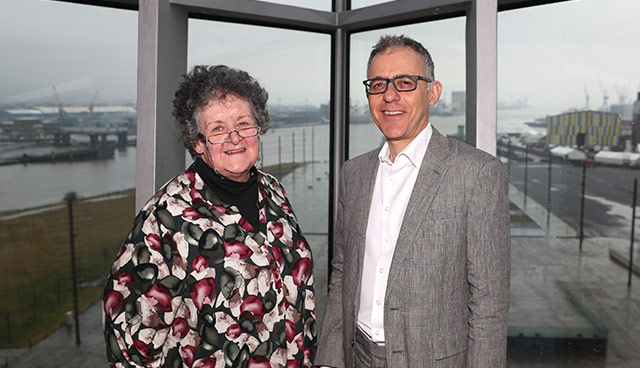 Established in 2007, Phoenix Community Housing Association took on the stock transfer of over 6,000 homes from Lewisham Council, incorporating the three wards of Bellingham, Whitefoot and Downham, all of which were considered to be isolated and disadvantaged.

Phoenix was formed by residents who were disillusioned on learning that the Council could not meet the Decent Homes Standard target in the area of predominantly ageing houses.

Outlining the unique structure of Phoenix, Chair Anne McGurk, herself a resident says: “Our organisation is made up of residents, we are the leaders and we are the instigators. We set the parameters, we set the agenda and right from the start it was a bottom up organisation.”

Six out of Phoenix’s 12-person board are residents and founding rules outline that both Chair and vice-Chair of the association must be tenants.

Residents are encouraged to become shareholders and each resident is allocated with one share, ensuring that residents are at the centre of creating policy and shaping the future of the association.

“Our model relies on the fact that we can bring along residents to work on the board and to understand how a business in the housing sector runs,” explains McGurk. Phoenix have formalised this approach through their Phoenix Academy, a nine-week training course offering residents expert insight and understanding of social housing, and which has recently gained accreditation from the Chartered Institute of Housing.

Chief Executive Jim Ripley explains that Phoenix has taken an innovative approach to resident interaction and information gathering, which moves away from traditional “tick box methods”. These include community engagement events, whereby residents are rewarded for providing feedback on various services and mapping-out priority issues. To mirror this, the association also strives to go to residents; ‘Chat and Chips’ sees various housing services attend areas across south Lewisham, alongside a chip van, encouraging residents to engage with the association and with each other.

McGurk highlights that the association is flexible to change and prides itself on being quick to acknowledge when some strategies are not working. One example provided is the original division of the housing association’s area in to 12 sections (est 500 houses each), with each area having its own committee. Each committee was allocated £5,000 to spend on their local community but the formality of the meetings meant attendance was poor and disagreements arose over how the money could be best spent.

Following a ballot of all tenants, the association’s board decided to create a community chest, encompassing all the money and inviting applications for larger amounts of money.

In 2013, Phoenix, by then the area’s largest employer, moved into a new building called The Green Man. The former pub, which had been disused for over 12 years and had become an anti-social behaviour hotspot, was ideally located in the centre to connect Lewisham’s three wards. McGurk explains that as well as housing the Association’s staff, the building is also a community space incorporating various facilities such as a credit union, a café, a training kitchen and a music hub.

Recognising the housing crisis in Lewisham (500 families estimated to be in temporary accommodation), Phoenix’s board have opted to develop more and have started on an ambitious programme to build new homes.

Outlining one of their recent projects, Ripley says that a chain letting approach has meant every new home built has allowed for three moves, tackling issues including the hundreds of residents estimated to be under occupying their homes, providing suitable housing for those in need of adult care and freeing up properties for choice-based letting.

The impact of housing on mental health

One year after foundation, Radius continues to build

April 2018
Back to top button
Close
By continuing to browse this site you are agreeing to our use of cookies.
Close