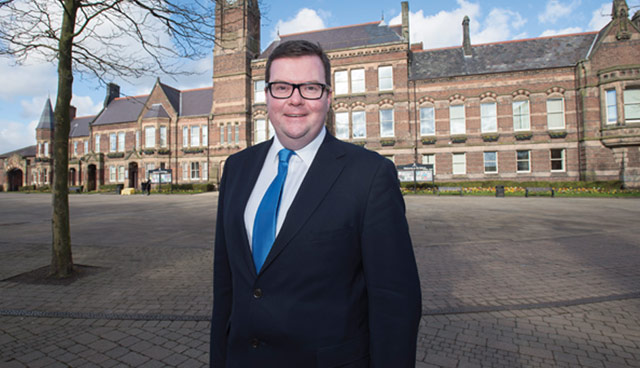 David Whelan meets with Labour MP and south Armagh native, Conor McGinn to discuss his early life, his allegiance to Northern Ireland and his ambitions for Brexit and beyond.

The introduction of a Private Members Bill in the House of Commons in early 2018 to legislate for same-sex marriage in Northern Ireland by an MP for St Helen’s North, an area more famous for its rugby and racing than its politics, piqued the attention of equality campaigners and the wider public in Northern Ireland, many of whom had not yet heard of Conor McGinn.

The south Armagh born MP had gone somewhat under the radar since leaving the village of Bessbrook for London as an adventuring teen before eventually finding himself within the machines of government via the Labour Party. His election in 2015 made some within the region sit up and take notice but it wasn’t until his move to effect legislative change in Northern Ireland via Westminster that his name became more widely read within the Irish media.

Meeting in a south Belfast café, on the back of a Brexit event to which the MP had been an invited panellist, an admittingly tired McGinn was understandably looking forward to getting back to Merseyside to spend the weekend with his wife and two young children before another busy week in London. The event had been one of a number of engagements he had squeezed into a short visit to Belfast and; added to his volume of constituency and Westminster work, goes some way to highlight how much regard he still holds for the place that he calls home.

The son to a former Sinn Féin mayor of Newry and Armagh and of a mother heavily involved in the trade union movement, McGinn does not believe that his home life made his journey into politics inevitable – even after adding a great uncle who served as an Irish Labour Party politician and an uncle who served as an SDLP councillor to his roster of influence.

“I suppose you could say that I always had a sense of public service from within the home but we were always encouraged to make our own minds up and to have our own opinions. Even as young children we were encouraged to think for ourselves with a mantra that you were no better or no worse than anyone else. People were to be treated equally,” he states.

While McGinn downplays political influence from his close family on his current outlook, he is in no doubt that the setting of his youth, surrounded by the Troubles and the Army in the “highly-militarised” village of Bessbrook had an impact. “It pervaded everything,” he explains “growing up in a nationalist community you were acutely aware of a feeling of injustice and powerlessness, particularly when it came to the army.”

Recalling a sense of anger, even at a young age, at how army personnel treated his mother, McGinn outlines that he equally felt the emotions of sorrow the night Stephen Restorick, the last British soldier to die in the Troubles, was killed in February 1997. It is these emotions McGinn said that have led him to be a passionate defender of the Good Friday Agreement, a deal he believes set out a better future for his generation than the generations that had gone before.

Onlookers could equally assess that it was the Agreement and the opportunities it afforded McGinn, that has allowed him to be so comfortable in his position representing the constituents of St Helens, an army town, where there is a strong ex-forces contingent, including some who served in south Armagh and Bessbrook.

“What I would say is that of the many reasons to vote against the deal, it’s provisions in relation to Northern Ireland are not amongst them.”

“I consider it a unique and privileged position,” he states. “As well as my own experience, I have been given an insight and understanding into what they were facing being thrust into this alien and hostile community.”

An army town is not St Helens’ only characteristic, the area has a heavy Irish make-up, a legacy of its past industrial boom. McGinn feels at home but has also found time to stay connected to Ireland, not least through a thriving GAA community in the north west of England. A huge advocate of the GAA, he maintains his interest in his following of Armagh and is the serving President and part-founder of Éire Óg London GAA Club.

“In everything I have done all my life the GAA has been there. I don’t get a chance to be as active in my volunteering as I once was but it remains important. I would say the GAA, more than any other organisation, has been a significant force for good in Irish history. The ethos of volunteering, the idea that you give freely to others what was given to you, is a really important part of my life but also of my values and which shapes my politics.”

Outlining his journey away from Northern Ireland, McGinn explains that his experience of divided communities was not limited to Northern Ireland and included a fellowship in South Africa, working with the ANC for a number of months. This, he believes, gave him an insight into the complications of politics that he would not have been afforded had it not been a lived experience.

Beyond this, McGinn studied in London and went on to work for a charity dealing with prisoners and their families, explaining that recognition of working to change a broken system, rather than working within a broken system, compelled him to seek political office.

Serving as a SPAD to ex-Labour shadow Northern Ireland spokesman, Vernon Coaker, and later following him to shadow defence, McGinn was selected against heavy odds to represent Labour in St Helens North in 2015. He admits that he was an unlikely winner amongst a list that included the Labour leader on St Helens Metropolitan Borough Council, Barrie Grunewald, a former mayor, Andy Bowden, a trade union candidate and a candidate backed by the Labour leader.

Upon winning the election he moved his family to the constituency, which he describes as traditionally working class and where family, community and sport are hugely important. “A good fit,” he declares. However, while McGinn can draw contrasts between his current constituency and the arena of his youth, he admits that there are contrasts, none more so obvious than the remainer MP’s constituency voting by 58 per cent to leave the European Union.

On the back of the referendum and the mandate given to him by his constituents, McGinn voted in Parliament to trigger Article 50. He believes that when doing so, he made it clear that his future decisions on Brexit would be taken with the view that he would not support anything he believed would make his constituents poorer or act against the national interest.

He is against the withdrawal agreement, instead favouring a ‘people’s vote’: “I am not voting against the deal because my constituents voted to leave. I’m voting against it because it’s a bad deal. It’s a bad deal for my constituents, for business in the region, it doesn’t afford protection for hard-won workers’ rights, environmental protections, consumer rights and it locks business into a customs union over which they have no say and in which a future trading arrangement hasn’t been decided.

“What I would say is that of the many reasons to vote against the deal, it’s provisions in relation to Northern Ireland are not amongst them. I don’t agree with the assessment that the deal weakens the union because the constitutional position of Northern Ireland is enshrined in the Good Friday Agreement and can only be changed with the consent of people in Ireland.”

McGinn believes that the absence of an Executive or an Assembly in Northern Ireland has been “disastrous” for Northern Ireland in terms of having a voice around Brexit and has created a democratic deficit for citizens. As a member of the Northern Ireland Affairs Committee, he highlights two recent issues which he raised with Secretary of State Karen Bradley, around lack of movement on redress for victims and survivors of institutional abuse and the ending of funding to some sport coaching programmes in schools, as the realities of a lack of decision-making and political direction. 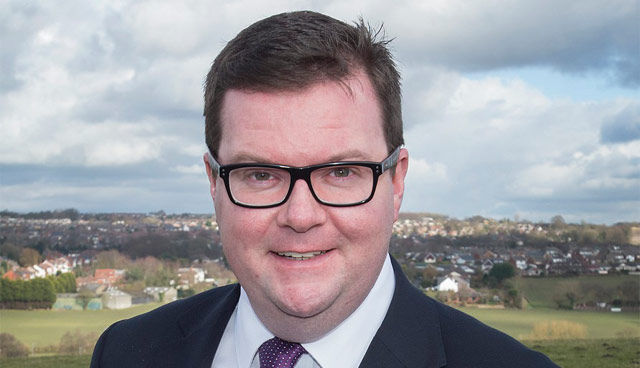 The MP believes that both the British and Irish Governments, as co-guarantors of the Good Friday Agreement, need to play a more significant role. “The frustration which people have, and which I share, is there doesn’t seem to be any tangible progress in establishing the institutions since the last round of talks collapsed. And there are outstanding issues that need to be resolved around marriage equality, around an Irish Language Act and around legacy of the past. That’s all achievable if the political will exists,” he says.

McGinn understands the concerns of those opposed to seeing the implementation of legislative change in Northern Ireland in the absence of an Executive but adds: “I think the two governments should be putting the onus on the reformation of the Assembly more firmly. However, there will come a point in time when we have to say that these issues can’t go on being unresolved. Fundamentally, on human rights, the UK Government can’t hide behind the absence of an Executive because they have a duty to all UK citizens.”

McGinn points to the gap in marriage rights not afforded to same-sex couples in Northern Ireland, but afforded across the rest of the UK, as the main driver behind his Private Members Bill and tabled amendments to government legislation on Northern Ireland.

The successful amendment, forcing the Government to address abortion and same-sex marriage laws in Northern Ireland means that the Secretary of State must lay a report in parliament around the human rights implications of current laws in Northern Ireland. The Private Members Bill was also well supported but blocked in the House of Commons by a single objection back in May 2018.

Outlining how he hopes to progress change he says: “The Bill is still alive but the Government needs to support it and to make time for it. If not, I will look at any opportunity with other legislation coming through to table amendments.” He rejects the view that such actions are symbolic: “It was a serious and concerted effort to change the law. I think it is important for the LGBT community in Northern Ireland to know there are people in parliament who care and want to see the law changed. My preference has always been for the Assembly to legislate but, in its absence, you can’t continue to deny people their rights.”

While McGinn’s bond to Northern Ireland remains strong, the Labour MP is comfortable in mapping out a long political career from his base in St Helens. “I’m privileged in the sense that being only 30 minutes away on a plane I don’t miss many patches, matches or dispatches. I love home and will continue to use what influence I have for good. However, I like to think that I have a long political career ahead of me here in England; but there is a part of me that quite likes the idea of having a place in Carlingford or Warrenpoint in my days of grey or no hair.”