While plenary sittings in the Assembly chamber tend to be the most recognised in terms of public profile, a majority of the Assembly’s business is done through committees.

The Northern Ireland Assembly has four main types of committees: statutory, standing, joint and ad hoc. The most prominent committees are statutory, responsible for advising, assisting and scrutinising ministers and their departments, and standing, which undertake specific roles concerning the running of the Assembly. Joint committees can consider matters of interest to more than one committee and ad hoc committees are established for a limited time to deal with a particular issue. 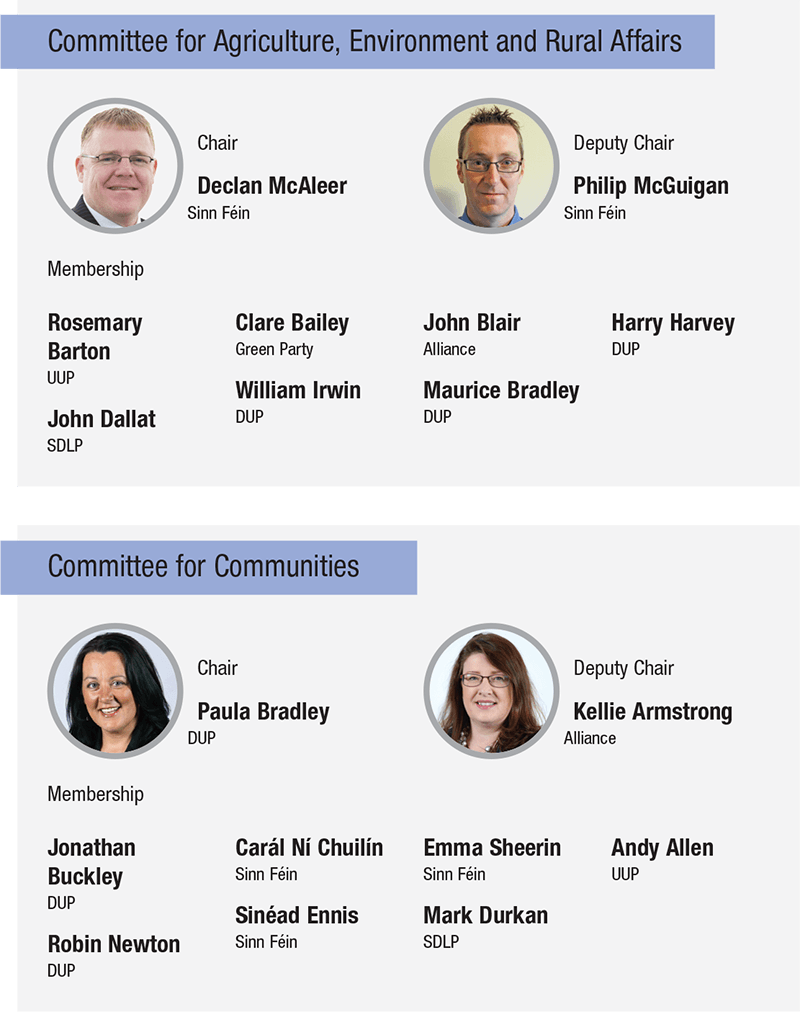 Composed of 11 MLAs, committees tend to meet weekly within Parliament Buildings, although they can be held at external venues. They assist the Assembly in its work as a legislature by examining Bills at Committee Stage and possess the power to call persons and papers. While committees do possess the power to introduce legislation to the Assembly, it is a rare occurrence in Northern Ireland. The last successful Bill introduced by a committee (around the enforcement of the Assembly’s Code of Conduct and the appointment of an Assembly Commissioner for Standards) passed in 2011.

There are currently nine statutory committees, each shadowing a department, and proportionally reflecting party strength in the Assembly. Chairs and Deputy Chairs were nominated by parties under the d’Hondt process. Either the Chair, or a Deputy Chair must be from a different political party to that of the minister. Membership must be made up from at least five of the political parties. 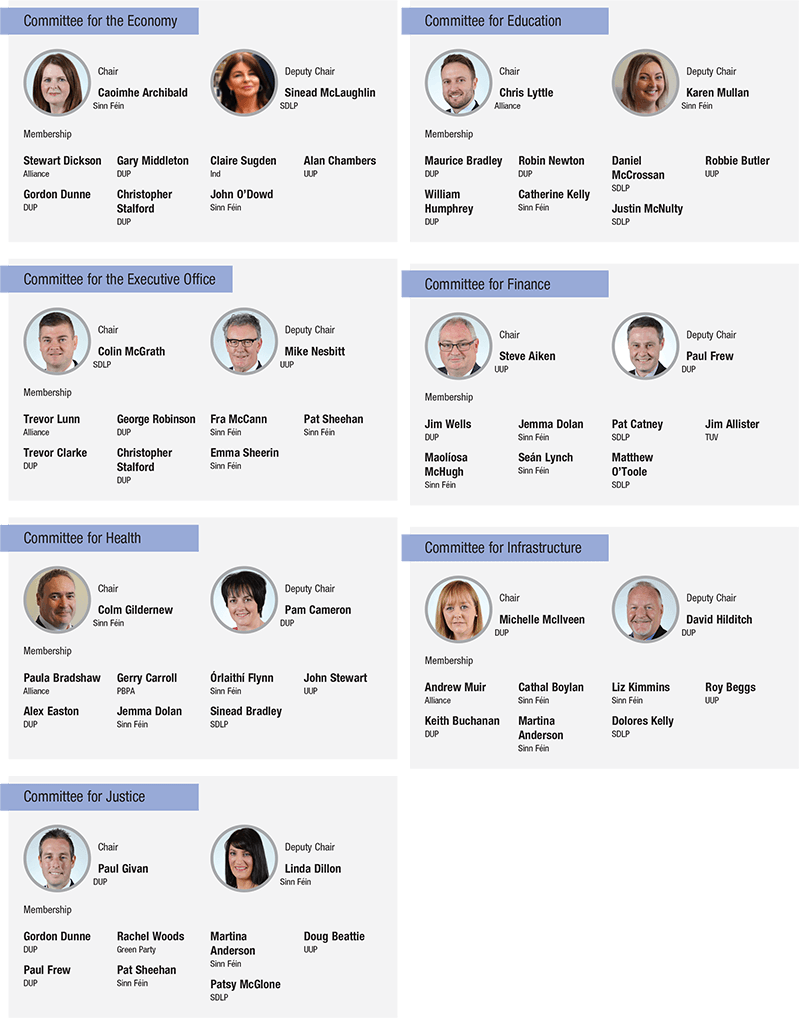 Standing committees are permanent committees set up under the Assembly’s Standing Orders with each performing perform a specific role. The Business Committee, chaired by the Speaker and attended by party whips, arranges the business of plenary meetings. The Audit Committee scrutinises the Northern Ireland Audit Office’s spending plan and accounts and the Procedures Committee reviews standing orders and Assembly procedures. 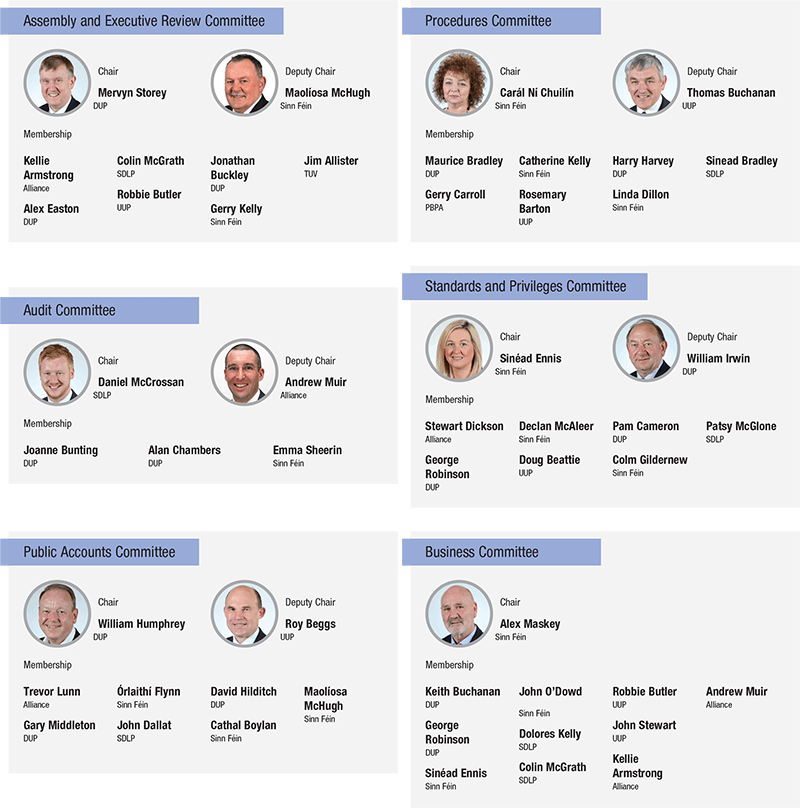