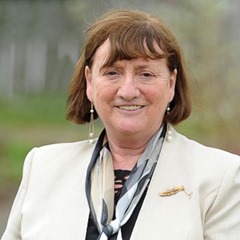 What is the manifesto and what is its purpose?

Northern Ireland’s education system is in a state of disarray. The delivery of the Education and Skills Authority has been a fiasco and a waste of public expenditure; the delays and the lack of co-ordination which have characterised the area-based planning process are not acceptable. Moreover, we have a de facto segregated system which has economic and societal consequences.

Creating an education system where every school genuinely serves the whole community would be a major contributor to a truly shared society. The integrated model demonstrates how this works in practice and successive opinion polls dating back decades have shown overwhelming public support for integrated education. The manifesto sets out achievable, measurable steps which will lead us to a reformed education system in Northern Ireland.

So what are the changes you are advocating?

In summary, we want a strategy for education delivery which is genuinely shaped by the community and which reflects the public will to eradicate barriers and divisions. The planning of the system must also reflect both fiscal realities and the Executive’s declared commitment to a shared future. Key elements in a holistic redesign of our education system are an end to the dual teacher-training system, the development of a single model of governance for all schools, and the creation of a single authority for the administration of education.

There will need to be legislative changes, to apply equality legislation to schools as it applies in other workplaces. We want to see funding set aside to support schools’ progress towards an integrated ethos with that progress measured against key indicators. The document is available on the IEF website (www.ief.org.uk).

Are you saying that the current area-based planning process is inadequate? 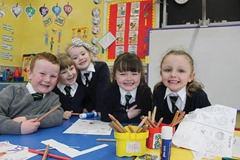 That process seems to have run into the sand. It didn’t, apparently, do what the Minister had hoped when he called for “realistic, innovative and creative solutions”. The proposals which have emerged so far are very much based on the current sectoral model of provision, and do not move us forward as a community. We need a better mechanism through which the needs and wishes of the citizens are at the centre of shaping education provision.

With the restructuring of local government in Northern Ireland, we are entering a new phase of local administration with a focus on local decision-making and citizen participation. One of the key elements in the Alternative Manifesto is the involvement of neighbourhoods in decisions regarding local planning and service delivery, and it’s timely to challenge politicians to respond genuinely to local need and let communities rather than institutions drive the reform of education.

Some of the changes you’re demanding relate to fair employment and equality legislation. How far is the current situation holding back reform?

The exemption granted to schools from the 1978 Fair Employment legislation acts as a key aspect of institutional separation in education in Northern Ireland. The current ‘stereo provision’ of teacher training underpins this by channelling many teachers into particular sectors from the earliest stages of their career.

Extending section 75 of the Northern Ireland Act 1998 would afford pupils and staff the same protection and rights as people have in other settings. This legislation aims to ensure that equality is a central part of public service delivery and it will be hard to configure a unified education system unless this law is extended to schools.

It’s hard to see how we can have a single, unified model of education if schools’ governance varies as it does now. Proposals in our current situation to amalgamate or create school federations run up against the problem of disparate models of governance.

There is a variation between schools of different types in, for example, how far parents are represented on the board of governors. There is also a big question over how far any board reflects the wider community. The Every School a Good School policy in 2009 highlighted the importance of schools developing strong links with the wider community, such as the business sector and voluntary agencies.

A single model of governance, with due regard to the policy, should be developed by the Department of Education. We recommend that the recruitment and selection of governors should be reviewed and made more formal – for example drawing on professional bodies and community groups. The training and support currently offered to governors would in future include the development of an integrated ethos.

What are the main challenges?

The divisive nature of politics in Northern Ireland has resulted in an apparent inability to resolve important issues. We have, consequently, a failure to deliver on the Education Bill and the establishment of the Education and Skills Authority. Area-based planning for education is sluggish. It is time to put children and families, as the main stakeholders in education, at the heart of policy and not let vested interests hold sway.

Research has consistently found evidence of public demand for integrated education; a recent opinion poll indicated that a vast majority of young people between the ages of 16 and 24 hoped that their children would go to school with others of all traditions and backgrounds.

Yet there is a disconnection between the workings of the Executive and the wishes of voters. With only 62 integrated schools in Northern Ireland, most parents are denied the chance to see their children educated, day by day, with children of a different tradition.

All schools could offer this but we need the government to redesign the education system and support progress on the ground in order to deliver what parents tell us they want. This is why a civic-led initiative such as the Alternative Manifesto for Education is crucially important for Northern Ireland.