While Northern Ireland has seen an increasing number of visitors travel through its airports, there is no doubt that the challenge of attracting new routes is hindering its ability to extensively grow that number.

In 2016, 7,893,411 people travelled through Northern Ireland’s airports in comparison to 7,367,094 in 2015. Although this figure represents a growth, when compared to Dublin airport, which recognised an increase of over two million people over the year, there is evidence for increasing the connectivity of Northern Ireland. Below is an outline of some of the key figures on Northern Ireland Air Passenger Flow produced by the Northern Ireland Statistics and Research Agency (NISRA). 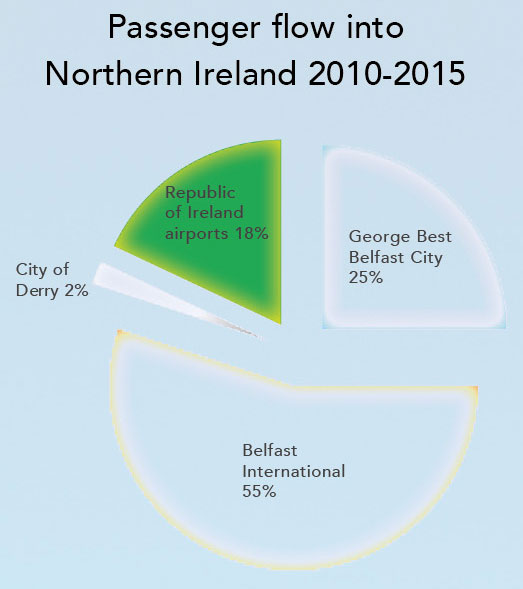 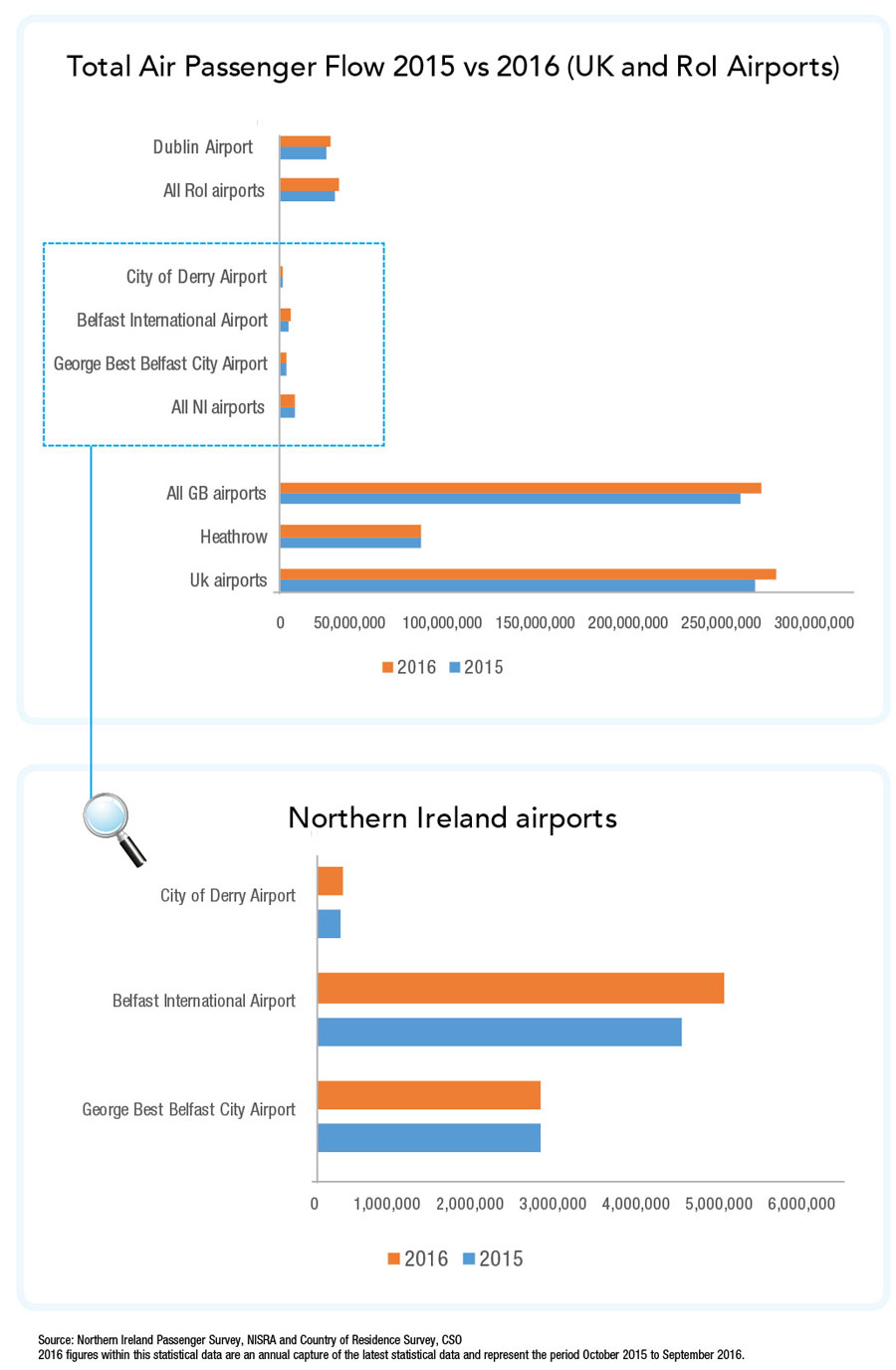