Could FlyBe’s collapse deliver the much sought after policy change in Air Passenger Duty (APD) the industry has been demanding for years?

FlyBe’s collapse has brought APD back onto the agenda, with local politicians calling on the UK Government to abolish, or at least reduce, the tax on all internal/domestic UK flights. The aviation industry nationally has been calling for the abolition of the tax on all flights, domestic and international, for over a decade and there has been an ongoing campaign locally for the last five years for the tax to be devolved and reduced in Northern Ireland.

What are the benefits of a lower rate of APD?

Reducing the cost of air travel should increase connectivity for a region, meaning increased frequency of flights to a greater number of destinations. Greater connectivity delivers more trade and also makes a region more attractive to inward investors. Global HQs favour locations which are easy to access.

A further benefit would be the support for inbound tourism. In a Northern Ireland context this is important as Britain remains our largest source of inbound visitors. Lower domestic APD would have the effect of making Northern Ireland a lower cost destination for GB travellers relative to other destinations in Europe, including the Republic of Ireland. The hospitality and tourism sectors have experienced strong growth in recent years and this measure could help ensure that recent momentum is maintained moving forward.

What has changed from previous calls for APD to be reduced?

The previous appeals from local businesses and politicians was for APD to be devolved to the Northern Ireland Executive and either reduced or abolished. However, reducing a tax in one region of a country raises issues with an EU ruling (known as the Azores Ruling). In effect, if Northern Ireland was to have a lower rate of APD, the cost of that tax reduction would have to be deducted from the Block Grant. This was the major obstacle last time.

However, on this occasion, as the decision would be taken by Westminster and applied across all parts of the UK equally, the Azores Ruling would not apply, and the Block Grant would not be impacted.

Should the taxpayer rescue companies in difficulty?

The Government had previously allowed FlyBe to defer payment of its APD tax bill as part of the rescue deal reached by the airline’s owners. It is not unusual for HMRC to enter into ‘time to pay’ arrangements with firms who are experiencing short-term financial difficulties.

However, it is now clear that FlyBe’s problems were more fundamental and ongoing public funding would have been required if the airline was to continue operating. This in turn raises ‘state aid’ issues and so if the Government was to provide a subsidy to a loss making company it would be in breach of EU Competition rules.

As an aside, although the UK left the EU on 31 January 2020, it is still required to abide by its laws, at least until the end of the transition period.

The priority for government now should be to work with Belfast City Airport to ensure that as many of the regional routes provided by FlyBe are picked up by other airlines. 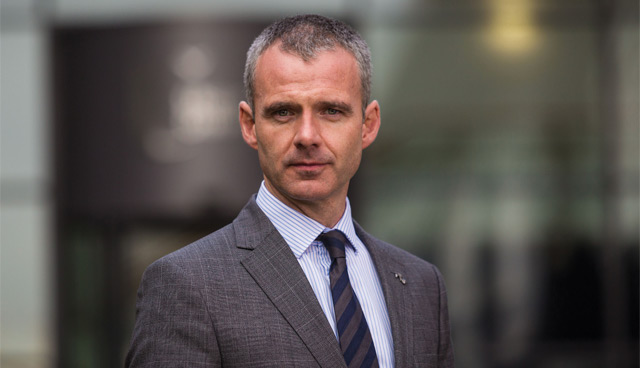 This Conservative Government seems less focused on achieving a balanced budget than its predecessor and Boris Johnson has stated his desire to see greater regional economic development across the UK… Reducing APD on domestic flights is one policy tool which may help achieve that outcome.

Will APD be reduced or abolished?

The move would represent a very significant policy shift for the Government and there are several reasons why it may not happen. Primarily, it is a very attractive tax for government, it raises a significant amount of revenue, it is easy to collect and it is not highly visible to the voting public.

That said, there is of course a political dimension to consider. This Conservative Government seems less focused on achieving a balanced budget than its predecessor and Boris Johnson has stated his desire to see greater regional economic development across the UK. That includes Northern Ireland, Scotland and Wales, but also linking the north of England to the more prosperous south. Reducing APD on domestic flights is one policy tool which may help achieve that outcome.

Unsurprisingly the Chancellor didn’t announce a reduction in APD in his budget on 11 March 2020, but the probability was higher than six
months ago.

What about the environmental impact?

The environmental lobby has become increasingly influential in recent years and the airline industry’s contribution to the growth in greenhouse gases is also the subject of significant reporting. This could be the determining factor if the decision is made not to reduce APD, but the alternatives seem as elusive as ever.

For decades, it has been suggested that improvements in communications technology will reduce the need for travel, but there have been huge developments in this field over the last 20-30 years and yet all forms of travel, including air travel, continue to increase year-on-year.

Ultimately, it may be a technological development of a different kind that provides the answer. It seems we are innately wired to want to interact with each other, both socially and in business, in the physical world and as a result we need to ensure appropriate resources are devoted to finding environmentally sustainable ways to move people around rather than discouraging travel.

Gareth Hetherington, Director of the Ulster University Economic Policy Centre (UUEPC). The UUEPC completed research on the economic impact of a potential devolution of Air Passenger Duty to Northern Ireland for the Department for the Economy and Department of Finance in 2015.

The views expressed in this article are his own and do not necessarily reflect the views of the UUEPC or its sponsors.