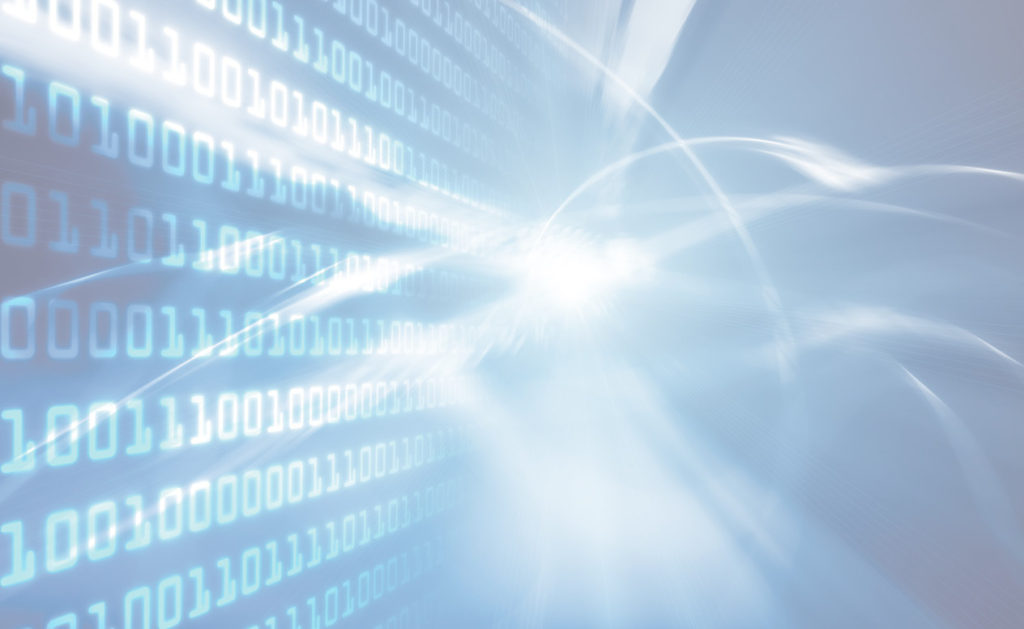 CEO of Enterprise Shared Services, Paul Wickens talks to  Owen McQuade about digital transformation. With over 20 citizen-facing services becoming digital there is now an ambition to deliver further transformation right across the public sector.

The public sector has been going through a digital transformation programme over the last couple of years. The practical workings of the programme have focused on ‘16 by 16’ which has sought to transform 16 citizen-facing services by April 2016 by deploying digital technologies. Paul Wickens, CEO of Enterprise Shared Services (within the Department of Finance), has been responsible for delivering the programme and outlines the approach taken: “The programme has used ‘agile’ as an approach which is a philosophy rather than a methodology – and that’s been a learning curve for everyone in the public sector.”

The transformation programme has been targeted across the whole of the public sector and is not limited to just the Northern Ireland Civil Service (NICS). Wickens says this is because “citizens don’t know, and don’t care, in their interactions with government what transient structures may exist at any point in time.” This has been reflected in the approach taken in implementing the reduction in the number of government departments from 12 to nine. ESS has been at the centre of this change “providing a lot of support behind the scenes and restructuring things like payroll, accounts, buildings and technology.”

“This was all done seamlessly and the citizen didn’t need to know about this. They deal with NI Direct on a service by service basis,” adds Wickens.

During the same period the public sector has gone through a major programme of voluntary exit. The NICS has reduced staff numbers by 17 per cent with 4,400 posts going, including 100 in ESS. “We have had to deliver a transformation programme and carry on with business as usual and move things forward with less resources and expertise than before.”
Reviewing the programme against its April 2016 targets showed that it had exceeded its target and had actually delivered 20 new citizen-facing services: “rather than achieving ‘16 by 16’ we exceeded that with 20 by 16, which has a nice ring to it.”

The programme also exceeded a target of 3.5 million new transactions on the NI Direct website, with 4.5 million new transactions. This was achieved by transforming online services and by adding new ‘themes’ such as health. The citizen contact strategy for deploying the new services took a ‘digital first’ approach: “We wanted to encourage citizens to primarily use the digital channel and to consume services online by making them easier to use.”

Wickens acknowledges that there is still a large group of people who are “not ready, able or willing” to use online services. ESS has a digital inclusion team that is embedded within the digital shared services team to support people in getting access to services. Support includes training schemes and developing back-up approaches in post offices and community centres. One support programme is called ‘Go on NI’ which encourages the further take up of online services. 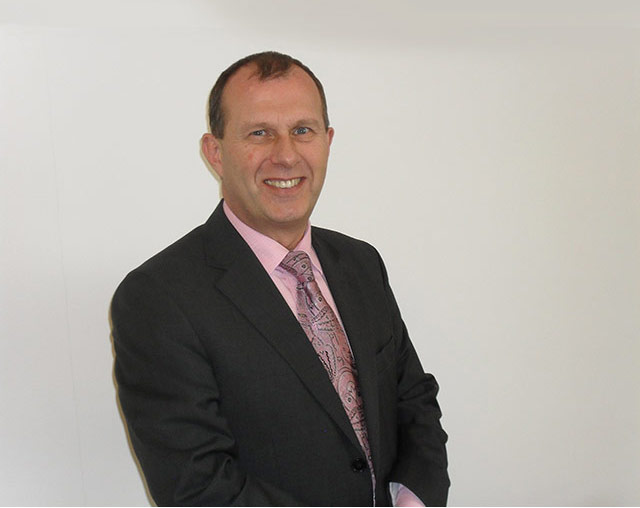 He highlights some key numbers in the ‘16 by 16’ programme: 4.5 million new digital transactions, 20 new services, 30 million unique visits to NI Direct in the last year and 60 per cent higher per capita use of NI Direct than its equivalent in Great Britain (www.gov.uk).

In addition, the digital channel is supported by an integrated contact centre which handles over 1 milion phone calls each year. The objective is to maximise ‘first call resolution (FCR)’ – in other words handling the call without the need to pass it on to anyone else.

“Certain organisations were precious about their data and held things close to their chests and didn’t want to embrace the ‘agile’ approach. It is very difficult to change that culture but visible support from HOCS helped enormously.”

The investment in the programme has realised three times as much in savings achieved and has transformed the delivery of services. One example Wickens highlights is Access NI, which people can use for security vetting for employment and voluntary work. This was previously a lengthy manual process. It is now almost 100 per cent online and the time for vetting a person has reduced from weeks to a couple of days. That has allowed people to be freed up to do other things.

The digital transformation programme has alleviated the impact of the reduction in resources resulting from the voluntary exit scheme. The programme is supported by a digital advisory board which has representatives from Estonia, the BBC and academia and provides “an external sounding board for advice as to where we are going”.

When asked did any of the digital services exceed expectations, Wickens says that the Family History Search project for the General Records Office springs to mind. When the birth, death and marriage certificates were put online the Irish diaspora started using it to trace their family genealogy. This led to a surge in digital transactions. The unintended upside was people from far afield paying to get certified copies of certificates and this generated an income stream. “As well as getting the service online and making it easy for users, it has generated a revenue stream. That is the sort of thing we often see with digital transformation.

“The next year will see an increasing drive for further transformation. What has worked well has been driven from the centre. We required departments and other organisations to create their own digital action plans and those have not been as successful as we would have liked,” he continues.

A threshold of 10,000 transactions per year was set. Services above that number were manged centrally and below that were part of the digital action plans. The objective now is to get 70 per cent of all services online by 2019. 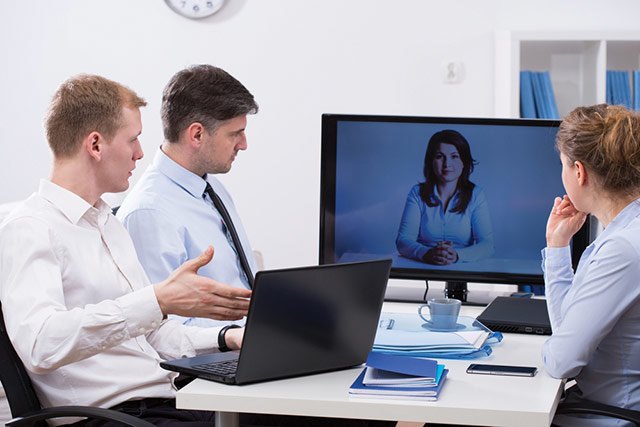 “As well as getting the service online and making it easy for users, it has generated a revenue stream. That is the sort of thing we often see with digital transformation.”

However, Wickens adds that some organisations have produced very good action plans and a couple have become exemplars in embracing the digital transformation concept fully: Driver Vehicle Agency (DVA) and Land and Property Services (LPS). Both these organisations view digital from an end-to-end service perspective and have very good digital action plans detailing how they will transform their services. DVA is working towards getting all vehicle documentation online which will greatly aid their compliance officers in checking vehicles. The renewal of driving licenses will move online later this year. LPS is looking at a government portal for the payment of rates. “We are seeing these organisations embrace digital transformation and they are now seeing the upside of such radical transformation,” he adds. Wickens goes on to detail the benefits of digital transformation: A better citizen experience; lower cost of service; and getting rid of repetitive manual tasks.

A new digital strategy is about to be launched and it will cover all aspects of how digital should be perceived and delivered right across the public sector. The new strategy will have four main themes:

External validation of the programme has also been important and has included Caron Alexander winning a UK-wide Digital Leaders Award. ESS also won a SSON European Excellence Award for excellence in transformation. SSON is the Shared Services and Outsourcing Network which is a global membership organisation for shared service providers. ESS beat all private sector shared service organisations in Europe to win the award: “that’s probably the best recognition we will ever get.”

On reflecting on the success of the programme Wickens highlights a number of lessons learned along the way. One of the big lessons was the importance of tracking the benefits realisation and overtly tracking the savings of the projects. Organisations do not always track the targeted savings outline in business plans. “There is still a nervousness around acknowledging the need for less resources as a result of the transformations.

“Certain organisations were precious about their data and held things close to their chests and didn’t want to embrace the ‘agile’ approach. It is very difficult to change that culture but visible support from HOCS helped enormously”, reflects Wickens.

Looking to the future, there are a couple of important issues to focus on. The first is Open Data. Wickens says that there is often a reluctance in organisations to release its data: “It is often seen as power. However, there is an EU Directive mandating the release of such data. We have addressed this by encouraging people on our open data portal (www.opendatani.gov.uk) to request data sets. This has helped but we still have a long way to go on open data.” On a related point, Wickens believes that government should not be developing apps. He supports the approach of putting data out there and letting the private sector come along and develop apps.

The second issue is cybersecurity. “We are not just obliged to – it would also be wise to – go through a full cybersecurity regime before we go live with anything. Cybersecurity is now critical. Do we now need a regional cybersecurity strategy?” asks Wickens.

In one final observation, Wickens offers an insight that will strike a chord with senior managers. ESS has lost 100 people while “keeping the lights on and improving services, increasing customer satisfaction – but we have also improved our staff engagement and reduced our sickness absence levels. ESS is now one of the best performing organisations in the public sector. I think there is direct correlation in that,” he concludes.