Tackling climate change will be the over-arching challenge that confronts agriculture in Northern Ireland over the coming years. agendaNI speaks with new Minister for Agriculture, Environment and Rural Affairs Edwin Poots.

Identifying the environment as his greatest priority, the Minister emphasises his belief that such a priority does not minimise the scope to expand Northern Ireland’s production agriculture base on a sustainable basis.

Poots wants to see Northern Ireland’s response to global warming put on a wholly scientific footing and is strongly of the view that Northern Ireland’s reliance on grass-based production systems has not been fully acknowledged as an environmentally sustainable way to produce food.

“Local farmers traditionally put their cattle and sheep out to graze. As a result, a very high proportion of the carbon contained with the grass that they are eating is put back into the soil. Permanent grassland is environmentally friendly,” he explains.

“Contrast this with the situation prevailing across most of Europe where cattle are kept in sheds all year round. This approach to farming also entails the regular ploughing of fields to produce crops such as cereals and forage maize. All these activities add significantly to the carbon footprint of any farming business.”

Recent months have seen much discussion in Northern Ireland with regard to the establishment of an independent Environmental Protection Agency (EPA). However, the new DAERA minister remains unconvinced of the benefits.

“The existing Northern Ireland Environmental Agency has its own independent board. This gives it almost total autonomy in terms of the decisions it makes and the action its staff take. I am yet to be convinced as to what an EPA can bring to the table, in terms of what is new and positive.”

According to the Minister, sustainable growth must be a driver for agriculture across the board. “Horticulture is a case in point,” he says. “In my opinion, the fruit, vegetable and flower sectors will have tremendous opportunities to enhance the scope of their output over the coming years.

“All of this can be achieved in ways that are totally compatible with our climate change obligations.”

Poots says that as part of the ambition to enhance agricultural production, he is determined to see farmers get better paid for the food that they produce.

“They regard themselves as the weakest link in the food chain, when compared with the influence exerted by the food retailers and processers. Northern Ireland may only be one region within the UK but I am committed to raising the issue of getting fairness for farmers form the marketplace in the strongest possible terms. 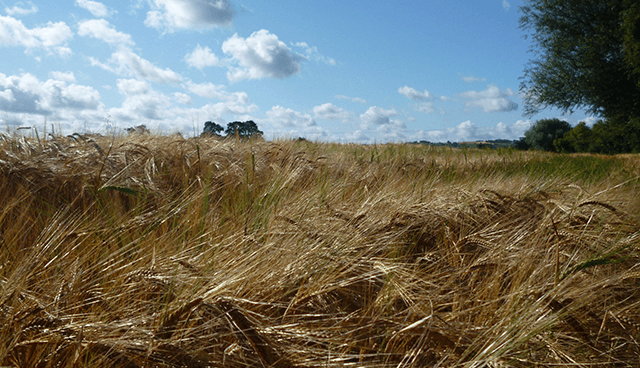 I am yet to be convinced as to what an EPA can bring to the table, in terms of what is new and positive.

“Farmers work extremely long hours. It is only right that they should receive returns that are commensurate with this commitment.”

The Minster adds: “They work hard to produce food of the highest quality. Agriculture has the opportunity to expand its output on a sustainable basis but in achieving this, farmers must reduce their carbon footprint.

“Where the environment is concerned, issues such as tackling our methane and ammonia emissions-related challenges must be resolved.”

Turning to Brexit, Poots said that both he and his advisors within DAERA would be directly involved in the London/Brussels trade talks, planned for the next 12 months.

Commenting specifically on the potential challenges facing those milk producers who send their milk across the border for processing, he says: “Again, a comprehensive trade deal between London and Brussels will resolve all potential problems.

“But, if we don’t get this, other avenues of approach will have to be looked at. In the first instance, the dairies involved have the option of making better use of the processing capacity that is already available to them in Northern Ireland.”

However, Poots admits that matters relating to cross border trade in the likes of dairy and sheep could become very problematic, if the UK and the EU does not agree a free trade deal before the end of 2020.

The Minister outlines that Northern Ireland will have total autonomy when it comes to setting the farm policies to support local agriculture beyond Brexit, adding: “I have already spoken to leading members of the Government in London on this matter. It is currently accepted that Northern Ireland will have total scope to generate farm policies that meet local needs and I doubt if this understanding will be altered over the coming months.”

Poots is also of the opinion that farm support levels will be maintained at current levels into the future. However, he does not favour an extension to the current single farm payment scheme, the main plank of support currently available to agriculture in Northern Ireland, courtesy of the Common Agricultural Policy (CAP).

Over the past decade, this has delivered an area-based support system to local farmers with producers getting paid for the delivery of ‘public goods’. These include the maintenance of agreed environmental and conservation-related standards. Support payments normally constitute between 70-80 per cent of the farm income generated by agriculture in Northern Ireland as a whole and are particularly important for beef and sheep producers.

“I do not believe that farmers should get paid for producing next to nothing. This is a fundamental flaw within the current area-based support measures,” he says. “Looking to the future, I want to see suckler cows and breeding sheep better supported. This approach should find favour with farmers in hill areas.”

According to Poots, the jury is still out on how tailor-made support measures can be delivered to the suckler and sheep sectors. However, he did not rule out a return to the old annual premium scheme, where sheep are concerned.

He is also quick to highlight the fact that horticulture and poultry production have enjoyed significant growth over recent years, adding: “These industries have managed to expand while not being eligible for the current EU farm support measures. I think there are lessons which other farm sectors can learn from this state-of-affairs.”

The new minster believes that the principles enshrined within the current slurry spreading ban should be reviewed. Currently, farmers are prohibited from spreading slurry on their land between the end of October and the end of January.

“Working on the basis of calendar dates only is fundamentally wrong,” says Poots. “I know from my own farming experience that there is every benefit to be gained from spreading slurry in January, providing ground conditions are suitable.

It is currently accepted that Northern Ireland will have total scope to generate farm policies that meet local needs and I doubt if this understanding will be altered over the coming months.

“The priority must be to ensure that slurry is spread at those times when it can do the most good, from both a plant growth and environmental protection perspective.”

Poots confirmed that the days of spreading slurry with a splash plate are over.

“The use of dribble bars and trailing shoe technologies are the future,” he stresses. “A further tranche of the Environmental Farming Scheme will be launched later this year. This will follow a review of the impact which the previous tranches have made.”

Turning to TB eradication, Poots says that farmers have undertaken most of the heavy lifting where this matter is concerned over many years. “Research has confirmed that wildlife host the disease and, in addition, transfer TB to cattle. There is very little evidence of disease transfer taking place in the other direction.

“Bovine TB eradication has been a tremendous burden on the public purse over many years. Future attempts to get rid of the problem must be evidence-based. The end result must be healthy populations of both cattle and wildlife living in harmony with each other.”

Significantly, the Minister did not rule out the possibility of farmers making a financial contribution to future eradication measures.

“The past 10 years have seen £40 million spent on TB eradication. This is money that could have been spent on education, improved health care and critically important infrastructure projects.

“Bovine TB remains a problem for the livestock industry. Future steps that are taken to eradicate the disease must be based on the science that is available to us. This is already confirming the role played by wildlife in spreading the disease to cattle.

“TB is one of those issues that will be addressed by the Executive as a whole, he says, concluding: “We are entering a period of optimism for agriculture in Northern Ireland. I have two years to get on with what will be a very intensive body of work but I am looking forward to tackling the challenges that lie ahead.”

A bridge too far?

January 2020
Back to top button
Close
By continuing to browse this site you are agreeing to our use of cookies.
Close