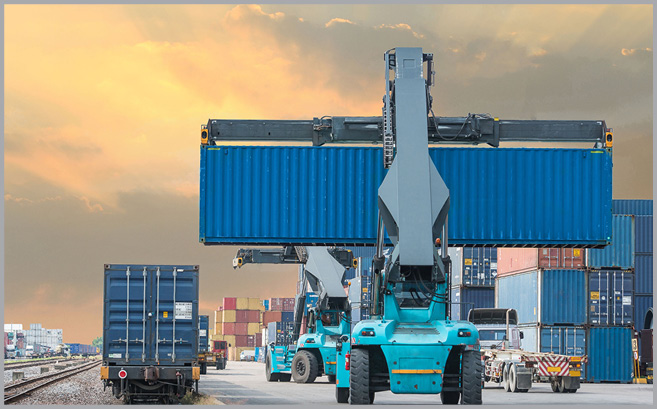 The history books will confirm that BSE sounded the death knell for, what 20 years ago, was a genuine attempt on the part of local red meat and food businesses to export products into mainland Europe. With the prospect of Brexit now looming, the potential for local food businesses in Northern Ireland to work the EU food export oracle will be extremely limited.

Sales to Great Britain are officially regarded as exports, which brings into sharp focus the relationship that food companies in this part of the world enjoy with British retailers.

It may stick in the craw of our farming industry but the reality is that local food processers are likely to become more reliant rather than less dependent on the UK supermarkets during the period ahead. The logic behind this is quite simple: Northern Ireland plc exports 80 per cent of the food produced here and we live cheek by jowl with a neighbouring island which is home to some 60 million people. What’s more, these potential consumers all use the same currency (sterling) and, ostensibly, they speak the same language.

Take the red meat sector as a further case in point. Throughout the 10 long years of the beef export (BSE) ban, local meat plants had no option but to do business with Tesco, ASDA, Sainsbury et al. This meant meeting their specifications for the different cuts with the result that only certain grades of cattle secured a premium price. As a result, heavier, lighter or less well conformed cattle were discounted.

Significantly, all of this has come back to haunt the factories over recent months as farmers have found they can send all of their finished cattle live to Scotland and get a better price by taking this option. Beef cattle numbers are currently at an all-time low. So it will be interesting to see how all of this plays out over the coming months. The factories need stock to process – otherwise they have no business.

All of the big retailers play a very canny game when it comes to dealing with Northern Ireland’s agri-food sector. At one level they are telling processers that the credit crunch is now a reality and that all suppliers must respond accordingly. Meanwhile, the same people are telling producers that they care passionately about the countryside and the rural way of life.

For their part, farmers think they are being hard done by. They cannot understand, for example, why a litre of milk can leave their yard for 20 pence and end up on a supermarket shelf for almost four times this amount. Also, they feel equally irate when it comes to the retail mark-up on beef, lamb, pork, potatoes and all the other food commodities produced here in Northern Ireland. Obviously, farmers want a better return for their endeavours. They would also like the supermarkets to explain why the total retail take is so large and why they, the people at the start of the food chain, gets such a small share of this total spend.

Numerous attempts have been made to elucidate the ways in which the supermarkets operate their buying policies but to date, black holes have been more forthcoming in terms of the light that has been shed on this issue.

EU Farm Commissioner Phil Hogan has expressed a strong desire to get to the bottom of this and it is hoped the UK authorities will be equally forthright, once Brexit becomes a reality.

Many leading economists are now predicting that the days of cheap food are over. However, it will be interesting to see if the UK multiples agree with this perspective or, armed with their undoubted buying power and ability to bring food in from every corner of the globe, will they come up with a Plan B? Only time will tell.