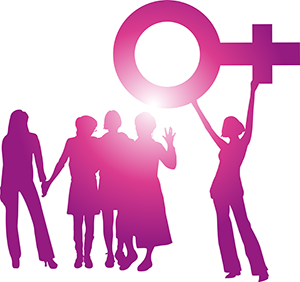 Birgit Schippers, Senior Lecturer in Politics at St Mary’s University College, calls for an urgent review of how existing legislation impacts on the human rights of LBT women.

‘Woman has the right to mount the scaffold; she must equally have the right to mount the rostrum’: with these words, the French revolutionary Olympe de Gouges threw down the gauntlet for women’s rights in an era of revolutionary transformation. Her Declaration of the Rights of Woman and the Female Citizen (1791) was a witty and sharp rewriting of the Declaration of the Rights of Man and Citizen, which was issued two years earlier by the newly established French National Assembly.

De Gouges’s Declaration demonstrated that struggles for freedom and equal rights require the active participation of women to ensure that their voices are being heard and their rights addressed. Tragically, her intervention into the politics of revolutionary France ended on the scaffold: she was guillotined in 1793.

Following de Gouges’s execution, more than 150 years of struggle ensued, during which women’s rights activists campaigned as trade unionists, abolitionists and suffragettes and succeeded in bringing about a broad commitment to the principles, though not always the practice, of equal rights for women. This struggle is by no means over and its goals have not been fully achieved. Both globally and locally, women continue to experience violations of their rights and dignity, ranging from physical violence to economic and social deprivation and restrictions on their engagements as citizens. In recent years, a young woman, Malala Yousafzai, was shot and wounded by the Pakistani Taliban, punished for her campaign in support of the right of girls to be educated. Like Olympe de Gouges and others before her, Malala’s campaign demonstrates that the struggle for women’s and girls’ human rights can be dangerous and yet remains necessary to this day. 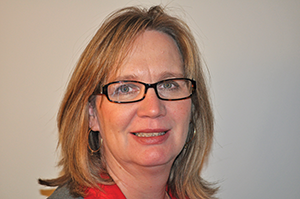 It was in the wake of the Second World War and the Holocaust that another human rights declaration was issued: the 1948 Universal Declaration of Human Rights (UDHR). Article 2 of the UDHR enshrines an equal entitlement to human rights, regardless of sex or other forms of social distinction; however, this human rights document did not sufficiently address the specific requirements of women and the on-going human rights abuses and gender-specific forms of discrimination subjecting women.

In recognition of the need for a specific human rights convention that addresses women’s human rights, but also in response to the persistent campaigning of women’s rights groups, the United Nations General Assembly adopted the Convention on the Elimination of all Forms of Discrimination against Women (CEDAW) in 1979.

CEDAW remains an important human rights instrument because it recognises women’s shared vulnerabilities to violence, to practices of discrimination and to a systematic denial of opportunities; the institutional apparatus built around it monitors and seeks to redress these violations. However, CEDAW has also been criticised for its focus on the life experiences of heterosexual and cis women, that is, women assigned a female gender at birth. Dominant cultural conventions on what it means to be a woman marginalise lesbian, bisexual and transgender (LBT) women and their specific needs and requirements; they are also at odds with the broader human rights obligations that documents such as CEDAW articulate and that states have signed up to. This omission does not make the Convention obsolete, but it requires a new wave of human rights struggles and a re-reading of CEDAW through the lens of sexual and gender identity rights.

Efforts to include sexual orientation and gender identity rights into the dominant human rights discourse have become part of a movement that seeks to expand the existing human rights framework beyond the narrow confines of heterosexuality and cisgender. The 2006 Yogyakarta Principles, formulated by a group of distinguished human rights scholars (and named after the Indonesian city where they met) have become a landmark document: it seeks to redress the blind-spots in existing human rights provisions and it sheds light on the human rights of LGBT populations. Crucially, Yogyakarta anchors the obligations of states to protect all populations within the existing international human rights framework. It is important to stress, though, that neither the experiences nor the needs of lesbian and bisexual women on the one hand, and transgender women on the other are identical. Differences in relation to sexual orientation and gender identity must be understood and adequately addressed by policy-makers, statutory agencies and the wider public. However, regardless of these differences, LBT women also have shared experience of human rights violations.

•   violence and the threat of violence, including violence in the home;

•   discrimination, harassment and bullying in public life and in workplaces;

•   restrictions on participation in public life;

•   attempts to regulate sexuality, reproduction and the right to a family life, including restrictions on access to fertility treatment, restrictions on marriage rights, rights to inheritance and adoption rights;

•   unequal access to healthcare and insensitive engagement with health concerns and needs;

•   absence of a social recognition of already established legal rights, for example in relation to the Gender Recognition Act 2004.

Human rights violations have potentially tragic consequences: in recent months, Vicky Thompson and Joanne Latham, two transgender women who were sent to all-male prisons in England, subsequently committed suicide. In Northern Ireland, attacks on transgender people in their homes have made newspaper headlines. But there is also a sense of hope.

Lydia Foy became the first transgender person to receive the European Parliament’s Citizens Prize in 2015, following her long legal battle to introduce gender recognition laws in the Republic of Ireland. Only this month, Ellen Murray, a member of the Green Party, became the first transgender candidate to declare her intention to contest this year’s election to Northern Ireland Assembly.

Human rights struggles require courageous activists that make change possible. Existing legal frameworks aimed at protecting LBT women must be implemented by the relevant statutory agencies, such as the Housing Executive and the PSNI and by the relevant health and education providers. Policy-makers must urgently review how existing legislation impacts on the human rights of LBT women and, where necessary, bring forward new legislation. The human right to health, to safe and equal workplaces and homes, to equal treatment in education, and the ‘right to mount the rostrum’ must be enshrined in law and become part of a human rights culture that permeates all institutions and public and private spaces.