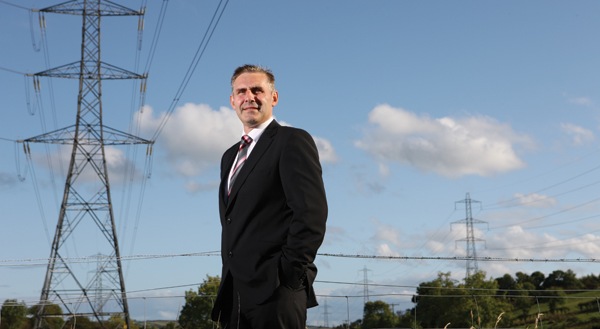 Our gas and electricity supplies do not stand alone but are closely linked to those of the Republic and Great Britain. Indeed for gas, the province depends entirely on a pipeline under the North Channel. Those east-west energy connections, through the Moyle electricity interconnector and the Scotland-Northern Ireland gas pipeline (SNIP) are managed by Northern Ireland Energy Holdings, a not-for-profit company limited by guarantee also known as a mutual company.

Paddy Larkin is one of two Managing Directors in the company and has responsibility for the Moyle Interconnector.

Mutualisation, Larkin explains, was the brainchild of former energy regulator Douglas McIldoon, businessman David Montgomery and other interested parties who were keen to see energy prices come down in Northern Ireland: “With the long-term generation contracts, there wasn’t an awful lot of controllable costs for consumers. The Moyle Interconnector being built in 2001 was seen as a great thing in terms of giving Northern Ireland access to the GB prices. Mutualisation of the asset in 2003 means that consumers now pay the least possible cost for that benefit.

“While mutualisation was common in banking, and Welsh water had been mutualised, it was a new model for Northern Ireland and for energy. Since then, we have established the mutualised model as a credible mainstream alternative to equity based ownership of energy infrastructure.” 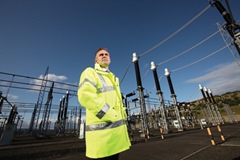 Northern Ireland Energy Holdings, like much of the energy sector, is capitalintensive, holding £500 million in assets and employing just eight staff. Its assets were fully debt-financed by issuing bonds, costing £135 million for Moyle, £107 million for Premier Transmission – owners of the gas pipeline between Scotland and Northern Ireland – and £109 million for the Belfast Gas Transmission pipeline, the onward link to the city and surrounding area. The terms for repaying this debt last from 25 to 40 years and the real rate of return, excluding inflation, varies between 2.2 per cent to 2.9 per cent; this compares to typically a 6 per cent rate for a normal monopoly asset in utilities.

“The saving for consumers is the difference between our cost of debt and the previous utility companies’ cost of capital,” he explains. There are also no shareholders to reward and therefore no dividend.

“Any additional revenue that we make over and above our costs goes to the benefit of customers. We are a long-term business so any additional surpluses that we do make are returned to customers over the long term.”

Pointing out how the facilities are operated and maintained, he explains: “It’s very important for us to keep controlling costs and keep the costs down to a minimum and we do that primarily through outsourcing. We also save operationally through joint contracting of similar services required for each business, for example when we carry out a subsea survey we look at our electricity cables and our gas pipeline at the same time.”

To better reflect its work to integrate the management of its businesses and to better identify the company, Northern Ireland Energy Holdings plans to change its name to Mutual Energy. Larkin explains: “We are into energy and mutualisation, our new name Mutual Energy gets the message across. We hope to formally change names in early November.”

“Other opportunities for mutualisation may well arise,” he remarks. Large amounts of capital are to be spent over the forthcoming years and this infrastructure could be run mutually.

Within consumers’ bills, the fuel component will get smaller in future, as the share of renewable energy grows, but the capital component will substantially increase. He adds that companies cannot ‘compete out’ the cost of fuel – it is set globally – but can do so to an extent with operation and maintenance costs. However, those costs are very small in comparison to capital.

If the rate of return is lower than the income which a business needs to finance its work, companies can go bankrupt: “I think in the long term, because energy is such an essential service, no one wants to see electricity companies going out of business. Companies want to get a reasonable return for the risk they’re taking. However with energy there is an implicit guarantee from customers. By making that guarantee explicit, risk is reduced and so too is the return required.” 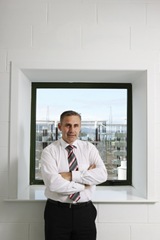 On a purely practical level, interconnectors have an important role in small energy markets, such as Northern Ireland and Ireland as a whole. The island, Larkin notes, has much wind power potential but no indigenous fossil fuels, major hydro-electric or nuclear generation.

“In fact on the electricity supply, Ireland is entering into an environment where we would have an oversupply of generation and GB would probably have a very tight margin of generation,” Larkin continues. “The opportunities for interconnection are actually in exporting wind rather than importing cheap power, and that’s maybe of as much benefit to GB as what it is to Ireland.”

He suggests that the costs could be shared between both sides of the Irish Sea, rather than just Ireland, as each party will benefit.

Interconnection also helps to match supply and demand, especially as intermittent renewables develop. One of the obvious disadvantages of wind power is that it depends on the weather.

Interconnectors can bring energy in from other countries when wind generation is low, to help meet demand.

At present, the Moyle Interconnector allows a maximum of 500MW in imports and 80MW in exports from Ireland. The East-West Interconnector, with the same capability as Moyle, is being built by EirGrid from Dublin to north Wales, and another company, Imera, plans to build further interconnectors between Ireland, Britain and France.

“They’re not cheap,” he is quick to add. The reported €600 million bill for the Dublin-Wales link could probably build two power stations.

Security of supply, he contends, is vital to everyone but no price has properly been put on it. When prices are equal between Ireland and Britain, there is no incentive to provide a back up supply across the interconnector and he is pleased that the regulators and system operators are now considering how to solve this problem.

Following on from the SEM, which was launched in November 2007, the North and South are considering an all-island gas market, known officially as Common Arrangements for Gas (CAG). Northern Ireland Energy Holdings supports CAG in principle, as cost savings could result from more efficient operation of the pipelines for the whole island rather than two small jurisdictions. Gas transportation is currently cheaper for customers in Northern Ireland than in the Republic and the company wants any market changes to ensure that this continues. The operation of the all-island network must also be “truly independent”.

Unlike electricity, there are no security of supply standards in gas e.g. the island has no gas storage facilities. With gas use increasing in Northern Ireland, this a major cause for concern within the industry.

The key question, as Larkin puts it, is: “How do we make sure that the gas will keep flowing if the pipeline in Scotland fails or the Russians turn off the gas? We don’t have a plan in place to deal with that at all.”

Most of the gas in Northern Ireland is used for power generation and, as wind power increases, the amount of gas used per annum will decrease but it will still be needed to power conventional generators on calm days. Peak day gas demand will therefore be the same, if not higher.

Northern Ireland Energy Holdings has partnered with gas storage company Portland Gas in the Islandmagee gas storage project, which plans to store gas in salt caverns one mile under Larne Lough. This would take in gas during low demand and low price periods and then supply the required peaks in demand on a day-to-day basis.

And as the UK as a whole lacks gas storage, this could also serve parts of Britain, therefore “using a local geological asset to stimulate the economy and get more jobs and business.” A seismic study has confirmed that the rock structure is suitable and a planning application is to be submitted around the end of this year.

More work, however, needs to be done on tariffs as the current system would mean people paying twice for transporting the same gas. This is again being considered by the Utility Regulator.

One of the next steps will then be to upgrade the grid so it can take more renewable energy. However, Larkin warns against increasing costs. For him, the 1992 long-term generation contracts for Northern Ireland were well designed contracts with appropriate incentives and penalties except that the price it imposed on the province’s consumers was too high, and he hopes that mistake will not be repeated when making current long term commitments. Again, the mutual model could help in this process.

“We need to make sure that price is right and the lesson that can be learned from the generation contracts is that if you get the price wrong at the start, you have to live with it until they’re finished.”

After studying mechanical engineering at Queen’s University Belfast, Paddy started work with NIE in 1991 just before privatisation. Initially working in breakdown maintenance at Ballylumford, he moved to the business side of the operation and helped to oversee the change in practices from a nationalised to private company.

As part of Premier Power, he later was involved in the buy out of the long term contracts and construction of the combined cycle gas turbine and served as the station’s Chief Executive. He joined Northern Ireland Energy Holdings in 2007. Originally from Camlough, outside Newry, he lives in Dunmurry and is married to Maura, a partner in O’Hare Solicitors, with two boys and two girls. He enjoys cycling in and out of work, and follows Gaelic football. Over the last 18 months, he has built a house in Camlough, complete with solar panels.