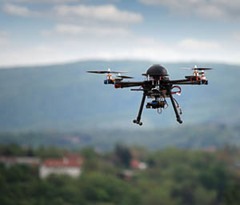 Birgit Schippers examines how aerial and electronic surveillance are altering the balance between security and privacy, and the potential impact on other freedoms in society.

‘Quis custodiet ipsos custodes?’ The question of who should guard the guardians is as old as the human concern with the uses and abuses of power. While each era grapples with the challenges of protecting individuals and their rights, what distinguishes our time is the speed and scope of technological innovation and development, which keeps the human quite literally out of the loop.

Our age of mass surveillance and robotic warfare makes it ever more challenging to bind states and their surveillance techniques and apparatuses into a structure of legal and democratic accountability. Can human rights keep up with the rapid expansion of military technology and electronic surveillance? What balance should be struck between the right to life and to privacy on the one hand, and concerns over security on the other?

Two technologically distinct, though politically related, developments frame the debate on the relationship between human rights, (military) technology and surveillance. These are the growing deployment of so-called unmanned aerial vehicles (UAVs) or drones, and the use of mass surveillance by states and private companies. The thread that connects these two developments is the concern with real or perceived dangers to security that are said to arise out of the so-called ‘war on terror’ and its aftermath. The right to privacy and its relationship to security, the use of personal data, and, most fundamentally, the right to life, are the key issues at stake.

The use of military drones, mainly, though by no means exclusively, associated with the military engagements of the US Army in the border regions of Afghanistan and Pakistan, has generated strong condemnations from human rights organisations such as Human Rights Watch and Amnesty International. A key concern pertains to the alleged indiscriminate targeting and killing of civilian populations, potentially amounting to extrajudicial executions and war crimes.

Human rights groups are also concerned about the increasing sophistication of such weapons technology, specifically the potential deployment of so-called ‘out-of-the-loop’ military robots that select targets and kill without human input. It is feared that such weapons will do away with fundamental principles of legal, political and indeed ethical accountability.

Today, increasing numbers of states either have access to military drones, or are engaged in their development, production and proliferation. Drone usage is also increasingly common in civilian contexts, such as surveillance and crowd control operations undertaken by domestic police forces. For example, according to media reports, the PSNI used drones during the 2008 G8 summit in Fermanagh. Drones have also been deployed as an ‘eye-in-the-sky’ technology during a recent security alert in North Belfast.

The growing deployment of drone usages by state agencies runs parallel to the proliferation of drone uses by non-state actors. These days, journalists use drones to get aerial shots, and drones can be purchased and used, under licence, by civilians. Paradoxically, while drone deployment is often justified as essential to the security of communities and the preservation of public order, it also has the potential to generate the opposite. The more widespread the usage of drones becomes, the more precarious is our privacy, regarded as a fundamental human right. Drones can also pose a direct threat to security. Such potential was demonstrated in 2012, when Greenpeace activists in France used a motorised para-glider to fly into the secure area surrounding a French reactor. As reported in The Conversation, drones have appeared in the past month over a number of power stations in France, raising the spectre of an attack on nuclear installations and fears over public security. 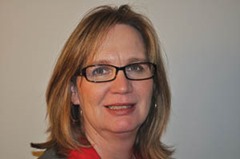 Security and privacy sit at the heart of current human rights concerns over the degree and extent of mass surveillance. Contemporary cyber-citizens are subjected to multiple surveillance practices operated by domestic and foreign intelligence services. The US National Security Agency and the British GCHQ operate in the vanguard of these practices. Mass surveillance is also practised by net-providers and private businesses, many of whom co-operate with state agencies. Since the WikiLeaks revelations, we have become aware of programmes such as (the US) Prism and (the British) Tempora, which engage in the interception, mining and mass storage of data, and which include information provided by companies such as Google, Microsoft, Apple and others.

At the forefront of the concerns over human rights are several issues. These are:

• the sheer scale of the surveillance activities;

• the potential violation of the right to a private life protected from interference;

• the lack of transparency and accountability of the involved intelligence agencies;

• the relationships between intelligence services and private companies; and

• the sidestepping or avoidance of judicial oversight. 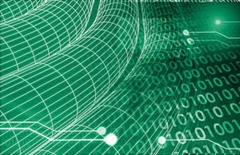 Central to these concerns is the relationship between privacy and security. The right to privacy is enshrined in a number of important human rights documents, including Article 8 of the European Convention of Human Rights, Article 12 of the Universal Declaration of Human Rights, and Article 17 of the International Covenant on Civil, and Political Rights. While the ECHR recognises the need to restrict individual rights in the interest of security, such restrictions should only occur within a framework that is compliant with human rights law.

There is a real concern that mass surveillance and the restriction of privacy is counter-productive in relation to its stated objective, that of providing security. The principle of the interconnected and indivisible nature of human rights implies that the infringement of one right will also entail the breach of other rights.

To undermine the right to privacy as a result of mass surveillance has potential knock-on effects on the right to freedom of expression and freedom of assembly and association, to name just a few fundamental rights. Human rights and security should not be construed as diametrically opposed. Rather, security is only possibly within a wider framework that facilitates the flourishing of our human rights.